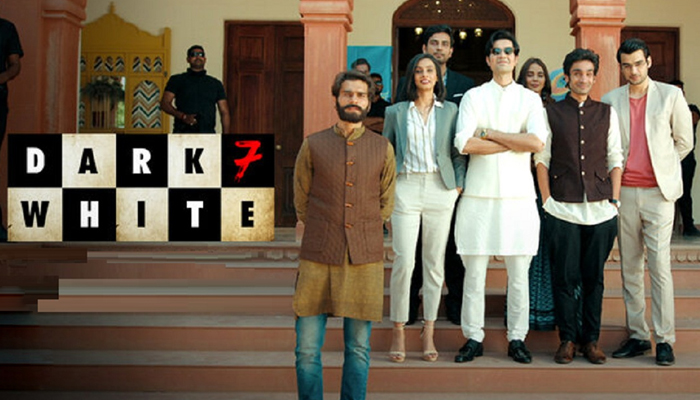 Dark 7 White is a Hindi web series streaming strong on ZEE5 Original from November 24, 2020. Directed by Sattvik Mohanty, it is a political suspense-crime-thriller with a murder mystery. Furthermore, the popular actors Jatin Sarna (of Sacred Games), Monica Chaudhary, and Nidhi Singh (of Permanent Roommates) are leading the main roles.

It is an impelling tale of a political murder mystery. Yudi is a young politician who is murdered in broad daylight. Moreover, the investigation kick starts to track and nab the killer. However, it seems no easy when Yudi’s seven closest friends turn out core suspects. Also, as the mystery unwraps, several dark secrets reveal the never-expected elements.

Dark 7 White is a bold story about trust, power, lust & of course politics. Firstly, it has a lot of hidden & dark secrets. Secondly, it shows off-beat narration with dark humour. Finally, it is a mysterious circle where one of the seven friends misuses and takes advantage of his friends. Watch it to know who is that single suspect who holds the key to the mystery! Indeed, a must watch web-series.