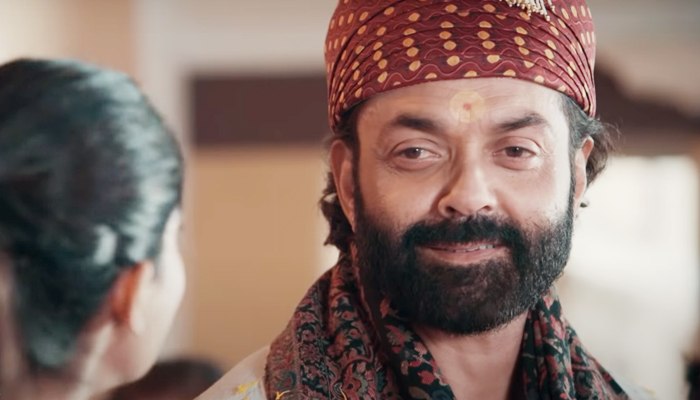 The Aashram is Indian crime-drama-thriller streaming on MX Player from 28th August 2020. Bollywood actor Bobby Deol marks his OTT debut with the web series. Furthermore, the award-winning director Prakash Jha gives an impressive direction to a compelling story. Lastly, the TV show is available in Hindi as well as the English language.

MX Original Series, Aashram is a story based in Kashipur (a fictional city). There is a huge empire founded by a self-proclaimed Godman named – Baba Nirala. Furthermore, his deep influence over the lower class of society helps him draw power and impact. Also, the blind faith of his followers reckons him as their Messiah. However, the abrupt re-emerging of a skeleton in the nearby forest land combats the peace of the city in the significant times of the forthcoming elections. Eventually, all the investigation connections point to one place, the Aashram.

A suspiciously thrilling trailer of Aashram peeps into a wicked world where faith and crime go hand-in-hand. Furthermore, Bobby Deol, playing a fierce role as a Baba, is a character never-seen-before.  The trailer highlights how unlawful activities take place under the propaganda of belief or trust. It further showcases the way political power, legal executives, and criminal minds work altogether to kill innocent beings for their selfish motives.  In short, watch out the series to know how a godman switches between aastha and apraadh.

The show has one season with 9 episodes in total to watch. Also, the average running time per episode is 35 -53 minutes.

Without a doubt, Bobby Deol, in the central character, has performed outstandingly. His grace and personality as a Godman is sheer brilliance. Thus, he has nailed his digital debut successfully. Next, the supporting cast has done justice to their respective roles. Also, the series serves as a mirror to the bad forces that take undue advantage of people’s sentiments. Moreover, the story and well-written script make him just a perfect binge-watch show. Despite, some technical flaws, it culminates all-essential elements. With an optimum amount of crime, drama, suspense, mystery, and action, the web series is sure to enthrall every type of viewer.