Tiktiki: A Mindboggling yet Cherishing Series 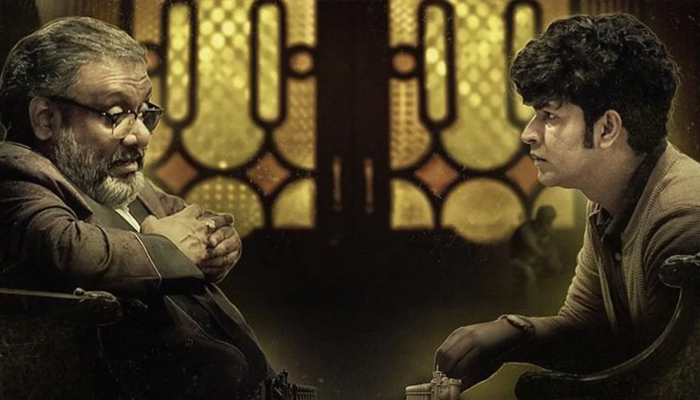 Tiktiki is an Indian web series streaming on Hoichoi from 18th March 2022. Furthermore, the show is produced by SVF. Interestingly, it marks the OTT debut of prominent director Dhrubo Banerjee. Also, it stars Anirban Bhattacharya and Kaushik Ganguly in the lead role. In addition, the suspense-thriller will be available in Bengali, Hindi, and English languages.

The story revolves around Soumendra Krishna Deb (Kaushik Ganguly) and Milan Basak (Anirban Bhattacharya). The two different personalities strive to one-up each other in a queer mind game that involves crimes, control, and fighting to survive. Gradually, it takes a sharp turn as their characters begin to reveal their true selves. Thus, the friendly exchange of words turns into a never expected feud.

The Hoichoi Tiktiki show is a top-notch thriller. It further keeps on the edge of your seats with its distinctive and intertwined plot. Next, talking about the performances, debutant Kaushik and Anirban nailed their respective roles. It would be an absolute delight to watch such an amazing portrayal of characters with perfect finesse. Furthermore, kudos to director Dhrubo. He ensures the delivery of the core concept of the whole story. It is something mindboggling yet cherishing.

JL50: An Unconventional Mystery Presented with Powerful Performances
Anamika: Things Go Awry When Spy Turns into Rogue
Aspirants Web Series : Displaying a Struggle of an UPSC Applicant but with a TWIST!!!
Lucifer Season 5: Crime Solving Devil Is Back with a Twin!