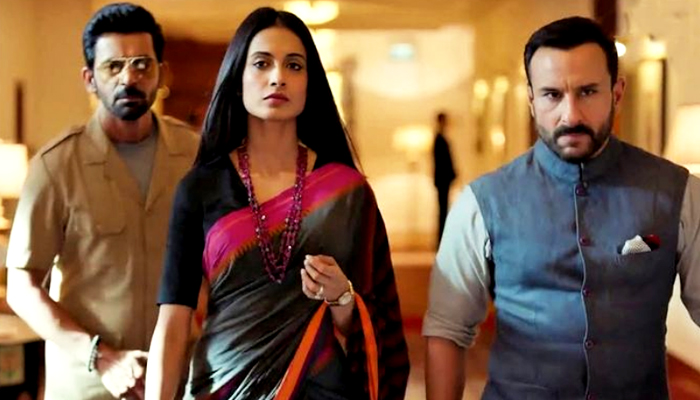 Tandav is an Indian crime-political-thriller web series, released on January 15, 2021, on Amazon Prime Video. Talented Ali Abbas Zafar serves as the director while the production house includes NSA Picture and Offside Entertainment. In addition, Himanshu Kishan Mehra is the producer of the serial. Furthermore, Article 15 writer Gaurav Solanki and Ali have done the story and screenplay. Besides it, the yesteryear actress Dimple Kapadia rocks the show with her powerful acting. Also, the TV drama is available in both English and Hindi languages.

It is an intense, deep story that takes place in the capital city of the largest democracy globally, i.e. New Delhi. It gets the viewers to the chaotic yet manipulative lanes of powerful politicos. Moreover, the different yet bold characters fight to get the throne of the prime minister of India. However, the plot intensifies when Saif Ali Khan desires to become the PM after the death of his father. The race starts to a disruptive journey packed with betrayal, disputes, crimes, love, lust, and much more.

One of the most fascinating parts of Tandav is its ensemble cast. Saif Ali Khan, Zeeshan Ayyub, Dimple Kapadia, Kritika Kamra, Gauahar Khan, Sunil Grover, Dino Morea, Anup Soni, Sandhya Mridul among others play a significant role. The impelling narration further adds the essential flavors of thrill, suspense, and drama. It keeps you hooked throughout the season. Lastly, it has successfully met the hype or expectations of the web series. Therefore, it shouldn’t be missed, watch it NOW!!