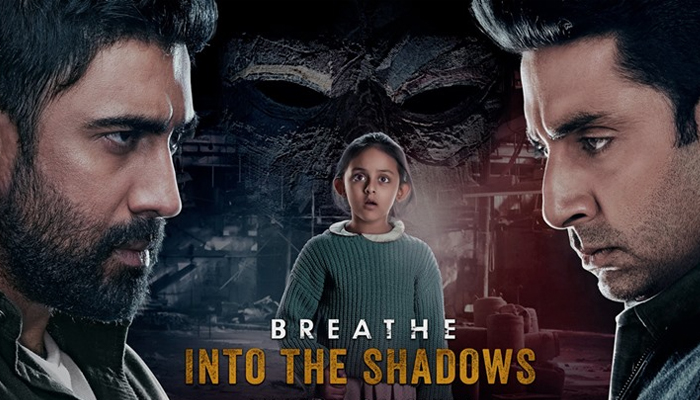 Breathe:Into the Shadows is an Indian crime drama thriller and the sequel series of Breathe (released on 26th January 2018). Furthermore, Mayank Sharma is the director of the television web series. The gripping and highly engaging story is developed by both Mayank Sharma and Vikram Tuli. Furthermore, it is produced by Abundantia Entertainment for Amazon Prime Video and premiered on July 10, 2020.

Breathe: Into the Shadows is a grappling tale that orbits around a man, Dr. Avinash Sabharwal (Abhishek Bachchan) and his six-year-old daughter, Siya. Moreover, their fun-filled life takes a back seat when the latter is kidnapped by a masked man. However, to get back his daughter, Sabharwal is asked to kill a man. So, what struggle he makes to protect his daughter comprises the rest of the story.

Breathe: Into the Shadows Cast

Breathe 2: Into The Shadows trailer gives the essential peep into the dark, intense, and engaging story of a father-daughter duo. Where a father would go any extent to protect his daughter, even if it asks him to kill somebody. With all vital elements in place, the web series trailer leaves you wanting for more. As a result, it is well-edited and presented to catch anyone’s attention.

The show has one season with 12 episodes in total to watch. Also, the average running time per episode is 50 minutes.

Some of the impact worthy dialogues from Breathe: Into the Shadows that captivated many.

“Anger and Lust ,there has to be some sort of link” – Abhishek Bachchan

“I think the killer knew both of them” – Amit Sadh

Breathe: Into the Shadows Review

Breathe: Into the Shadows the second season of Amazon Prime Video humongous success Breathe is at par excellence. In addition to, it has improvised the standards with more mass appealing story, dialogues, and performances. Furthermore, it well-portrayed the varied dimensions of good, bad, crime, sin, and ethical morals. Special mention to Abhishek Bachchan’s fascinating act and Amit Sadh’s true-to-character performance. They two make it a sure shot winner. In short, it will stay with you for long as it is insanely unforgettable!