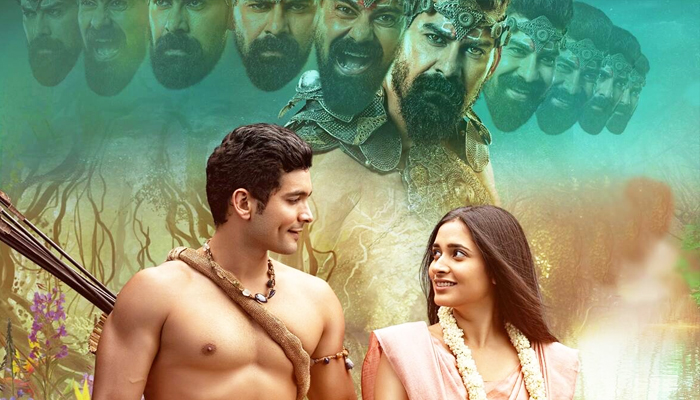 Ramyug is an Indian web series streaming on MX Player from May 2021. Furthermore, Kunal Kohli known for movies Hum Tum and Teri Meri Kahaani directs the show. Also, Kamlesh Pandey pens down the TV show’s story and screenplay. Moreover, the period drama thriller is an adaptation of the epic Ramayana. Interestingly, the series’ vocals feature megastar Amitabh Bachchan. Lastly, it is available in English and Hindi languages.

Whenever the earth faces evil or vicious attacks, the birth of supreme power to counter the spread takes place. The story displays the life of a king, Ravana who greeds to seek power and rule the whole world with his cruelty. On the other hand, seeing millions of people dying miserably, almighty sends lord Rama to knock down the former’s egocentric intentions. However, the path to truth is full of hindrances.

Ramyug is based on the Ramayana that establishes an instant connection with every Indian. The web series is one-of-a-kind in the genre. To start with, direction and magnanimous locations are breathtakingly awesome. Besides, the plot is highly thrilling. The compelling action and dialogues are another high in the show.  However, the acting department bustling with the host of new-age actors can be improved a little. At several points, you might feel they underplay or overplay their characters. Overall, it takes you back into the historical times of kings and their massive kingdoms. A decent attempt!