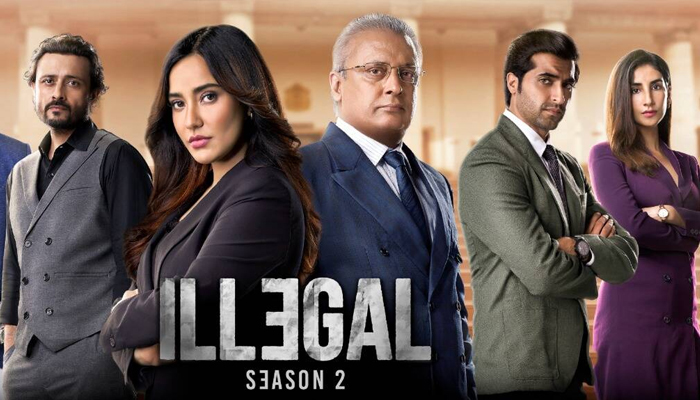 Illegal Season 2 is an Indian web series streaming on Voot Select from November 25th, 2021. After the successful Illegal season 1, the second installment hits in with a bigger and more compelling plot. Furthermore, Ashwini Chaudhary serves as its director while Samar Khan takes up the charge of creative production. In addition, it is produced by Juggernaut Productions. In addition, Advaita Kala does the screenplay. Also, Abhijeet Deshpande pens down the story for this courtroom-drama-thriller. Interestingly, Salim-Sulaiman composes the title track for the Illegal 2 Voot show. Lastly, Neha Sharma, Piyush Mishra, Akshay Oberoi, Satyadeep Misra, Tanuj Virwani, and Parul Gulati comprise the ensemble cast of the series. Moreover, the show is available in both Hindi and English languages.

The story revolves around two lawyers Niharika Singh (Neha) and her mentor Janardhan Jaitley (Piyush). Taking up the battle ahead (from season 1), they are yet again standing across for another showdown. Also, this time even higher stakes surround the duo. As the former plans to start her own legal firm and the latter takes on an ambitious journey to become the next CM of Delhi. Furthermore, the rivalry between the two takes the plot in intricate legal battles that offers the viewers’ an inside look at the tangled world of complicated laws, big business houses, and corrupted politics. Lastly, the jeopardy remains the same – will justice prevail or truth is refused? To know, tune in to the web series right away.

As promised, Illegal 2 is definitely bigger, better, and more thrilling as compared to season 1. It essays the life of lawyers and their battles in the courtroom with precision and impact. Furthermore, the power-packed storytelling and beguiling performances of the ensemble cast are truly appreciable. Besides fascinating Piyush Mishra and Neha Sharma, the supporting cast also performs their best. Also, kudos to Ashwini Chaudhary for bringing his vision immaculately to the screens. Without a doubt, it is going to be a mass entertainer. Watch it NOW!

Inside Edge Season 3: The Game Gets Gloomy When Betting Becomes Legal
City of Dreams Season 2: An Intense Political Combat Between a Father & a Daughter
Tandav: A Deceptively Intriguing Political Thriller
Mirzapur Season 2: A Masterpiece, Surpasses all Expectations