Avrodh The Seige Within: A Detailed & More Realistic Edition of URI-Attack 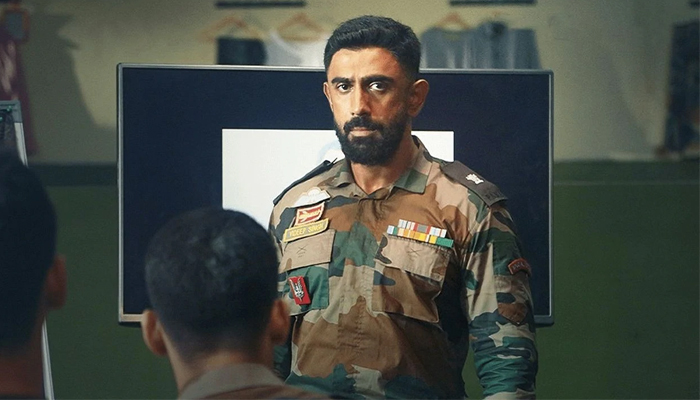 Avrodh: The Seige Within is an Indian military drama web show. Premiered on SonyLiv on 31st July 2020, it is directed by Raj Acharya. Applause Entertainment and Irada Entertainment serve as the production companies. The series fictionalised re-creating the 2016 Uri attack, followed by surgical strikes. Furthermore, it is based on one of the chapters from the book India’s Most Fearless by Shiv Noor and Rahul Singh.

The webseries is based on the chapter ‘We Don’t Really Know Fear’ from the popular book India’ Most Fearless. Most importantly, it showcases a detailed, original, and well-curated account of 2016 Uri Surgical attack with less creative liberties taken by the developers. In addition, the provocative storyline displays how the government and armed forces toiled to avenge the killing of 19 soldiers at an Army base camp, located in Uri.

The trailer of SonyLiv’s web series, Avrodh: The Siege Within displays a string of emotions connected to patriotism or love for one’s nation. Moreover, it is based on September 2016’s Uri surgical Strike. The trailer further promises to acquaint you with several unknown, dark and deep elements or nuances that many still may be unaware of, but they should. In short, the trailer definitely manages to pique the audience’s attention.

The show has one season with nine episodes in total to watch. Also, the average running time per episode is 23-25 minutes.

Some hard-hitting dialogues from the series:

– “The country owes us nothing, we owe everything to the country.”

If you think it’s similar to Uri:The Surgical Strike starring Vicky Kaushal, you might go wrong. As Avrodh is more factual with more elements to show. After that, from the very first episode the show hooks you right away. Firstly, it celebrates the courage and valour of the Indian army throughout the series. Secondly, it displays the striking intensity of carrying out cross-borders operations with immense precision. Thirdly, the power-pack action retaliation to the gruesome attacks in Uri. Besides it, the stellar performances by the amazing cast add to the required punch. In conclusion, without a doubt, it hits our must-watch list. Watch it for an in-depth volume of the operation.