City of Dreams Season 2: An Intense Political Combat Between a Father & a Daughter 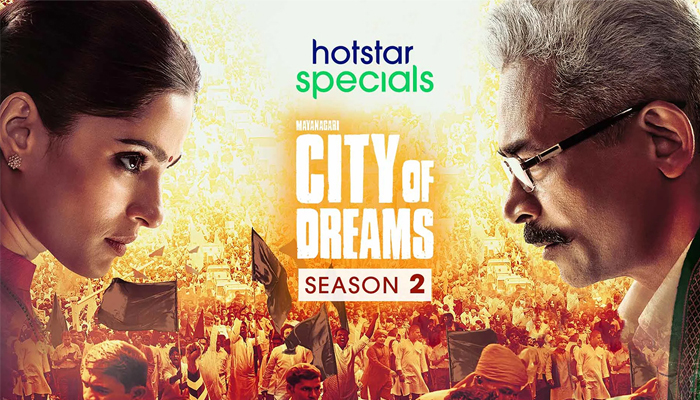 City of Dreams Season – 2 is Indian web series streaming on Disney Hotstar Specials from 30th July 2021. Directed by ace filmmaker Nagesh Kukunoor, the drama-thriller features Atul Kulkarni, Priya Bapat, and Eijaz Khan in main roles. In addition, Applause Entertainment in association with Kukunoor Movies serves as the producer of the OTT series. Moreover, the web show is available in both Hindi and English languages.

The story revolves around a daughter-father duo viz. Poornima (Priya) and Ameya (Atul). They get into a head-on collision as they battle overpower. Also, when it comes to politics, there is no other relation but foe. Furthermore, the fight between them takes an uglier turn as it displays back-stabbing, murder, and treachery. Watch it to know how a daughter stands against patriarchy, fights her father to grab the position of the chief minister.


City of Dreams Season 2 All Episodes

City of Dreams Season – 2 is truly admirable. Right from the direction, story, and acting, it displays flawlessness. Thus, kudos to Nagesh for bringing in such a fab series on the table. It is a strong political story where we see family members standing against each other. It also sheds light on the deep and dark political secrets. Moreover, the acting credits go equally to Atul, Priya, and Eijaz. Three of them make their successive contribution in uplifting the right spirits of the show. Overall, it is a fresh, edgy, and more interesting show than City of Dream Season 1.