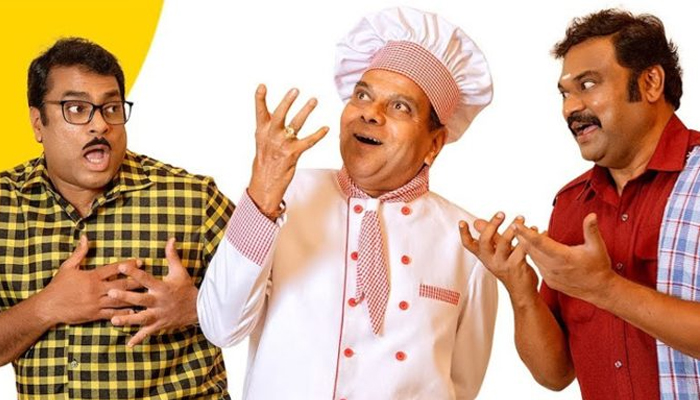 Amrutham Dhvitheeyam is a Telugu original comedy series streaming on Zee5 from 25th September 2020. The director of the series is Sandeep Gunnam while the writer is Gangaraju Gunnam. Whereas, Kalyani Malik gives amazing music to the hilarious show. Lastly, it is available in English and Telugu languages.

The plot revolves around Amrutham Dhvitheeyam (played by Harsha Vardhan). Sarvam (Vasu) and Anji (played by L B Sriram). Three of them decide to kick-start a new venture after losing all the money they had. However, their proposal gets rejected by their venture capitalist. Eventually, it leads them to tap an alternative approach to arrange funds. Finally, an angel investor comes in and serves as a ray of hope for their dreams.

The web series is pack with flavour of the original sitcom titled Amrutham, released in 2001 and was streamed as a television show on Gemini TV. After near to two decades, it strikes again to the OTT platform and displays a humorous trailer. It displays the topsy-turvy life of Amrutham and how he encounters a series of challenges to turn his dreams into reality.

Each and every episode of the series is designed immaculately, keeping in view the comic content in the right measure. Factually, it has kept all the nostalgic moments intact the serial etched in viewers’ hearts. Without a doubt, it is the winning Telugu series across all the digital platforms. The credit goes to the superb cast of the series. Besides it, the director has gone the extra mile to create the masterpiece. Hence, watch it with your squad and enjoy every bit!

Kathmandu Connection: An Association That Will Blow Your Mind
Four More Shots Please 2: Saucy, Dramatic, Flashy BUT … !
7 Kadam: A Gap Between Two Generations
Cartel: A Joint of Power, Politics & Retaliation