Inside Edge: A well-researched and thoroughly addictive sports drama! 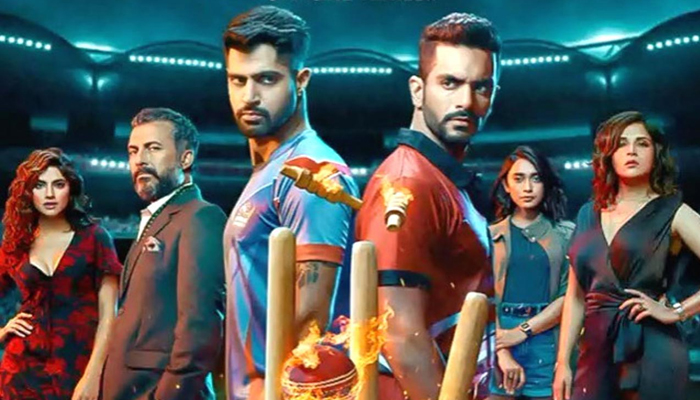 Inside-Edge is an Indian sports-drama-suspense web series, developed by Karan Anshuman. Furthermore, it has been released on Prime Video on 10th July 2017. Also, it is reckoned as the first-ever Hindi language series distributed by Amazon Originals. Besides it, the web series has received accolades all across the world with a nomination for Best Drama series at 46th International Emmy Awards. Lastly, after the successful run of season one, the second installment of the show premiered on December 6, 2019.

The narrative revolves around Mumbai Mavericks, a (fictional) T20 cricket franchise playing in a league. Moreover, it showcases conflicting interests dominated by money, power, and utmost selfishness. After that, the series tracks the highs and lows of the team. Thus, from ownership issues to match-fixing accusations, the team suffers all.

The trailer throws the light on the lives of different types of cricketers and their ambitions. However, the sporting event further unveils the dark truth of the emerging sport laced with controversial instances. Besides it, how from a typical game it turns to a glamourous and greedy pitch, it showcases all. Moreover, it foretells the power of post or designation in every field of life.

Inside Edge Web Series All Episodes

The show has two seasons with 20 episodes in total to watch. Also, the average running time per episode is 40-47 minutes.

9. Four Slips And A Gully

Few of the insanely famous dialogues from the series include:

The credit for the success goes to Karan Anshuman. Without a doubt, he has done a remarkable job of displaying subjects like match-fixing etc. in such an immaculate way. Furthermore, comprehensive research is surely being done to make this masterpiece. Certainly, the entire cast performed well and did justice to their characters. However, the only weakling could be Vivek Oberoi, as he falls slightly lower than expectations. Overall, it is an edgy thriller that leaves you wanting more. Hence, it is highly recommended!

Sandwiched Forever: A Quirky Story to Lighten up your Mood
Breathe: Into the Shadows - Abhishek Bachchan Makes Impressive OTT Debut
Mrs. and Mr. Kohli: Watch ‘SWAP’ Perspective of a Married Life
City of Dreams Season 2: An Intense Political Combat Between a Father & a Daughter