7 Kadam: A Gap Between Two Generations 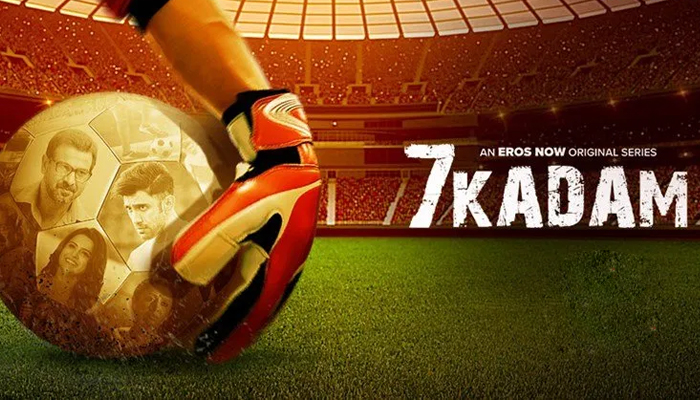 7 Kadam is an Indian Hindi drama, streaming on Eros Now Music from March 24, 2021. Written and directed by Mohit Jha, the web show stars Udaan fame Ronit in the lead Amit Sadh‘s father. Sunil Lulla serves as the show’s producer. Furthermore, Eros Entertainment serves as the production house. Also, it is available in both Hindi and English languages.

The show shot in Kolkata and depicted the rich Bengali culture. It is the story of a father-son duo where the father (Roy) aims to make his son (Ravi) the world’s best footballer. However, the turn of events makes them take two different paths and are played off against one another in a similar sport. Watch it to find who wins the game – a father backed with years of experience or a son backed with a passionate mind.

The sports drama is a pack of emotions. Besides football, it throws light on the significance of relationships and morals. The rising gap between the two generations is well-portrayed in the show. Ronit Roy plays a magnificent character as a strong-headed father while Amit Sadh wins hearts as a young and dynamic son. Deeksha Seth and Rohini Banerjee also played their supporting characters pretty well. Overall, it’s a decent web-series and can be marked to your watch-list.

Mrs. and Mr. Kohli: Watch ‘SWAP’ Perspective of a Married Life
Rakatanchal - Highly Predictable yet Intriguing & Captivating!
Runaway Lugaai: An Adventurous Story of the Newly Married Rajni & Bulbul
Helllo Jee: When She Dials a Wrong Number to Gain the Right