The Family Man Season 2: Manoj Bajpayee Takes On Another Evil 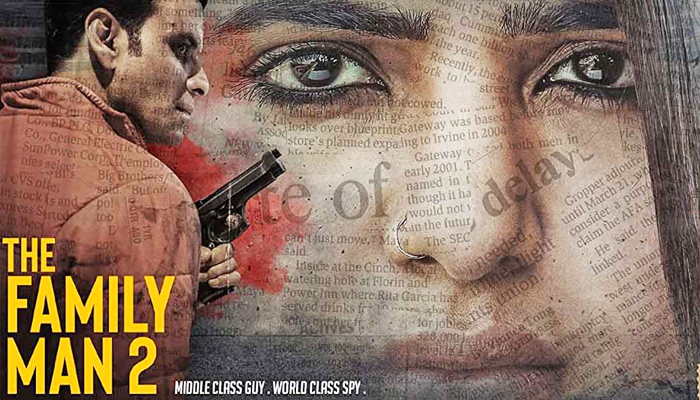 The Family Man 2 is an Indian web series streaming on Amazon Prime Video from June 4, 2021. Furthermore, talented Raj and DK serve as the creators and producers of the web show. Also, they along with Suparn S Varma take up charge of the direction team as well. While assisting them in the writing department is Suman Kumar. Moreover, the TV show is the second installment in The Family Man franchise. The earlier season was a successful hit. It stars Manoj Bajpayee and Samantha Akkineni in the lead role. While Manoj doesn’t need any introduction, the show marks a digital debut for Samantha. Besides it, the show is available in Hindi, English, Tamil, and Telugu languages. Thus, entertaining all parts of the nation.

The story revolves around Srikant Tiwari (Manoj Bajpayee) who struggles to save his marriage and be the titular man. Eventually, he along with his wife sees a relationship counselor. Furthermore, his new job takes a toll on him and he experiences FOMO (fear of missing out). Before his job change, Srikant was an intelligence office of the NIA, displayed in season one.

In the middle of the mess, he gets a call from his ex-colleague. The latter reminds him of the thrill and action while dealing with terrorism in Chennai. Hence, he decides to go back to his job. He soon gets aware that the scheduled attack on the city will be huge and destructive. Furthermore, the attack is planned by terrorist Raji (Samantha). She has only one aim to kill everyone. Watch the series to know what happens when Raji encounters Srikant.


The Family Man Season 2 All Episodes

The second season of The Family Man, undeniably, surpasses all expectations. To start with, immense praises for the lead character Manoj Bajpayee. His versatile acting and immaculate screen presence make him one-of-the-kind in the industry.  Next in line, Samantha lives her character to real. She was fierce and bold in her terrorist avtar. Followed by them, Sharib Hashmi, Priyamani, Sharad Kelkar, Shahab Ali also play their roles well. Moreover, the story/script is as intriguing as it is slated to be. It keeps you on edge till the very last moment. This is what viewers’ need to relish. Enjoy!