Chakravyuh: Get Trapped into the Mysteriously Dark Web 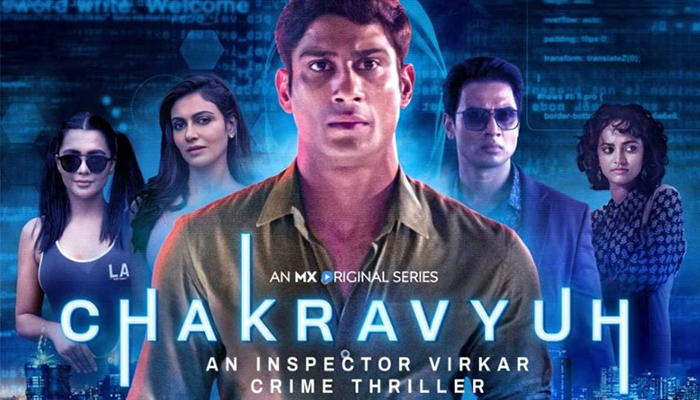 An Inspector Virkar Crime Thriller, is a Hindi cyber crime web series, streaming on MX Player from 12th March. Sajit Warrier is the director of the show while talented Prateek Babbar and Simran Kaur Mundi play the lead. Furthermore, it is available in English, Tamil, Telugu, and a few more regional languages.

The story of the action-show revolves around the killings of young girls from Mumbai. In addition, those girls encountered some strange situations where their personal things leaked over the web. Then, some queer person demands money from them. On not paying the dues, the girls get killed. Eventually, inspector Virkar takes up the case to resolve it. But, he gets into a darker trap than he would’ve ever thought.

After smashing the hit Hello Mini Season 2, the MX player is back with a bang. The cyber-crime-thriller Chakravyuh is fascinating and engaging. Next, the credit goes to Prateik Babbar, the versatile actor roaring in cop avatar. The power-packed performances further make it a thrilling yet scintillating show. The writing department gets appreciation too for scripting such engrossing content. All in all, it’s an endearing & unique web series laced with thrill, suspense, and a lot of drama.