The Order Season 2: Dive into the adventurous world of magic, thrill & evil forces 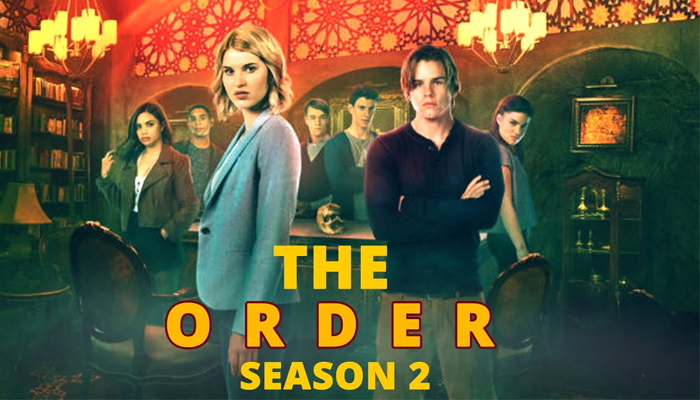 The Order is an American horror-drama supernatural web series. It is developed by Dennis Heaton and is produced by Petros Danabassis, Jay Daniel Beechinor, Morris Chapdelaine, Justis Greene, and Todd Giroux. The series streamed on Netflix on March 7, 2019. With the successful run of the first season and the show brings on the season number two on June 18, 2020. Furthermore, it is available in several languages – Hindi, Tamil, and Telugu (subtitles) catering wider viewership.

It is a story of college student Jack Morton who joins a secret society that preaches and practices magic. As Jack goes deep into the history of the organisation, he discovers some dark family secrets and a battle between werewolves and the black magical arts. The season displays how at the Belgrave University, the blood-bath between werewolves and magicians arrives at a breaking point, till a magnanimous evil imperil to demolish them all.

The TV series includes the following cast along with their respective character names.

The season 2 trailer opens to lines, “The Knights struggle to regain their memories stolen from them by the Order… and they crave retribution. But vengeance is hard to plan when you’re also fighting murderous magicians, strange new cults, and life-threatening demons. Does anyone even go to class anymore?”. Thus, the video offers plenty of havoc as the Knights of St. Christopher are induced into the Hermetic Order of the Blue Rose.

The Order Season 2 All Episodes

The season two has 10 episodes in total to watch. Also, the average running time per episode is 42-51 minutes.

Some life-explaining The Order season 2 dialogues.

– “Life is like a cocktail — complex, carries a kick, and doesn’t last. So take the time to savor it.”

The overall impact created by the full run of The Order season 2 is magnificent. Furthermore, it has definitely raised the bar as the focus is now shifted to the Knights of St. Christopher. While some fans may dislike the rebellious Alyssa and her altered equation with Jack, it’s exactly such unexpected consequences that make a series catchy and worth watching. In short, the season again proved that it is an unusual show with a unique set of aspects.