Made In Heaven: Zoya’s Perfect Conglomerate on Social Taboos! 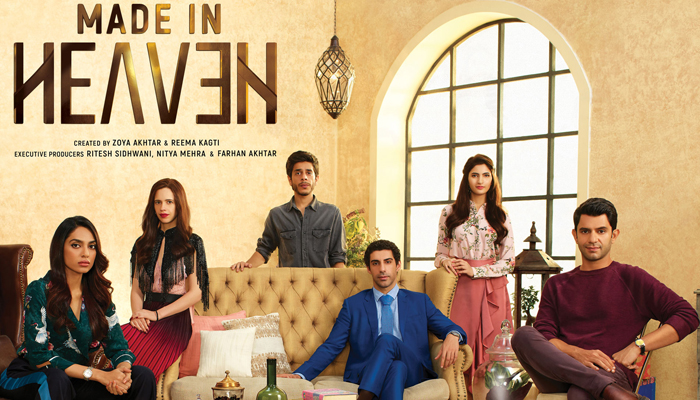 Made in Heaven is a Hindi drama web television series that was released on Amazon Prime Video on March 8, 2019. Zoya Akhtar and Reema Kagti created the show while Excel Entertainment serves as the producers. It is available in several languages, such as Hindi, English, Tamil, and Telugu.

Made in Heaven Story

The web series chronicles the lives of two young and charming Tara and Karan, wedding planners in Delhi operating an agency called Made in Heaven. It displays a peculiar blend of old and new traditions shouldering with modern-day aspirations besides the backdrop of big fat Indian weddings. Furthermore, it highlights the story of human behaviour and ever-altering social dynamics in Delhi.

Made in Heaven Cast

Made in Heaven Trailer

The Made in Heaven drops an intriguing trailer that peeps into an essential ensemble cast, magnificent set-ups, glittery weddings, coupled with captivating plot. It opens with two wedding planners Tara and Karan, convincing their clients to hire them. Set against the backdrop of Indian weddings, the show deals with modern aspirations and the value systems of modern-age Indians.

Made in Heaven All Episodes

The show has one season with nine episodes in total to watch. Also, the average running time per episode is 48-50 minutes.

Made in Heaven Dialogues

Some of the hard-hitting Made in Heaven dialogues.

Made in Heaven Review

Made In heaven is a flawless conglomerate of rather essential social topics, we witness in our day-to-day circle & afraid to claim openly. With a tinge of drama, emotions and lust, the web series is an eye-catching narrative that entices every viewer. Moreover, the splendid showcase of all the characters, from flamboyant families to unsatisfied members, from upper class to lower class, monetary ordeals, to unconnected shortcomings of their life and lifestyle. It further displays how people are basking the hollowness, and are hesitant to admit it. Thus, the makers and producers of the show have chosen it all. It is an amazing show that tickles both your heart and mind. All in whole, it gripped our attention and is indeed a must-watch entertainer.