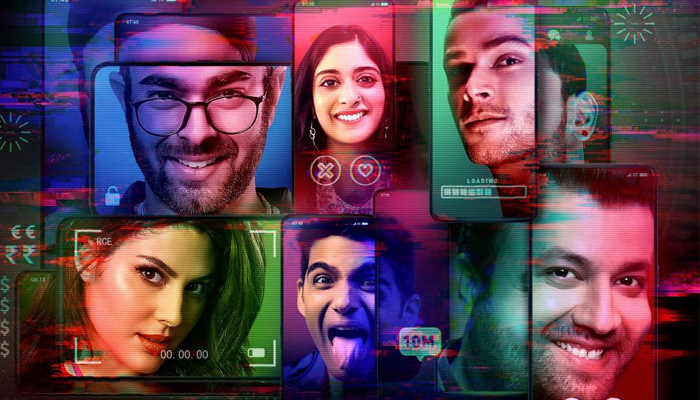 Chutzpah is an Indian web series streaming on SONY Liv from 23rd July 2021. Furthermore, Maddock Outsider and Dinesh Vijan produce bold romantic drama while Mrighdeep Singh Lamba serves as the creator. Also, Simarpreet Singh directs the web show. While Amit Babbar does the conceptual ideations and writes the script. Lastly, it is available in Hindi and English languages.

The intriguing plot of the web serial is like a piece of cake. It displays five different flavors of stories. Also, the cherry on the cake is the INTERNET. Thus, it is a tale of five individuals who’re connected to one story through the net. The story portrays how the powerful world of the web influences today’s youth. It is the culmination of the ever-rising impact of the internet and social media in different lives. Also, it shows how people switch personalities to get validation.

An out-and-out entertainer, Chutzpah is streaming strong on an OTT giant platform. The lead stars Varun Sharma and Manjot Singh, known as Fukrey Boys, shine all through the series. Tanya Maniktala, the female lead, last seen in Mira Nair’s Netflix series A Suitable Girl, plays an entirely different avatar. Furthermore, they are well-supported by Elnaaz Norouzi, Gautam Mehra, Kshitij Chauhan, and others. It is an 18+ web series with some bold words, phrases, or sequences. The makers of the web series Chutzpah have successfully explored the dark side of the digital age in a fascinating way. The fresh concept of the show definitely attracts millions of viewers. Watch and enjoy it with your squad.

Lucifer Season 5: Crime Solving Devil Is Back with a Twin!
Khunnas: When Violence Partakes in Love
Masaba Masaba: Fierce & Inspiring Life of a Fashion Designer!
Jupiter Legacy: Walk into the Magnificent World of Supernatural Powers